Posted on February 7th, 2013 by No Mommy's Perfect | No Comments

Okay, I know Valentine’s Day is commercialized and we’re more than sucked into the whole cards, flowers and candy shebang, but, personally, I love seeing red hearts in the shops. It’s joyful and uplifting.

Don’t you think after the blaze of holiday lights and decorations in November and December, January is a drab, grey month? That’s why we embrace the burst of bright colors for Valentine’s Day.

A friend, who’s knowledgeable about colors, tells me vibrations from the color red increases muscle activity. Well, I certainly need that to zap me out of my mental and physical stupor during the low energy winter months.

I hear that red is being touted as the current “in” color for modern weddings. Sorry, I hate to burst the trend forecasters’ bubble, but red has been significant in the Chinese culture for eons. Red is considered the most auspicious of colors and forms the backdrop of rituals and celebrations, signifying joy, luck and fortune.

It’s expected that a bride gets married in red. I wore a traditional bridal outfit called a “kwa” at my wedding banquet. This is a two-piece red silk ensemble embroidered with the dragon and phoenix motif in gold thread, sequins, beads, crystals and pearls.

This year, I’m more than happy to see twice the amount of red in February. As well as red hearts for Valentine’s, I’ll be putting up red decorations and lucky symbols for the Chinese New Year on February 10, the Year of the Water Snake. The year ends on January 30, 2014.

I think everyone has the basic understanding of the cycle of twelve animals that tracks the moon’s cycles and is known as the Chinese lunar calendar. The New Year falls each year between the middle of January and mid-February.

What’s less well-known is that the full Chinese lunar calendar is a sixty-year cycle. For the start of each twelfth year, beginning with the Rat, each animal is assigned one of the five elements in Chinese philosophy: wood, fire earth, metal and water.

The water element represents flexibility, endurance and wisdom, and these qualities should be reflected in the coming year.

Western culture often assigns a negative image to the snake, but I would caution you not to misjudge the snake. Many Chinese believe the snake is a guardian of the house, foreshadowing safety and plentiful food for its occupants. Not withstanding its scary outer form, the snake is considered a symbol of kindness, wisdom and loyalty.

Those born in a snake year are, generally, romantic, determined, wise and charming. In other words, it’s easy to love a snake person. And, not least, a snake person fights for things they believe in with good intuition. So, in a snake year, it’s reasonable for you to fight for your goals, visions or dreams.

Love in the air and dreams to be fulfilled, now doesn’t that sound good in the gloom of winter? 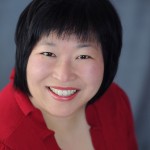 Susan Shifay Cheung has turned her hand to many forms of writing in her various roles, over the years, as corporate trainer, management consultant, journalist and writer. You can contact her at y2s2cheung@yahoo.com.