So, my child, a second grader, came home from school recently and proclaimed that a little boy said a “bad word.” She said he was doing some homework, dropped his pencil, and said “Damn it!” The teacher apparently scolded him so hopefully this isn’t a recurring theme in the classroom. What was funny was my child’s next question with a truly puzzled look on her face: “Mom, where on earth do kids LEARN this stuff?” 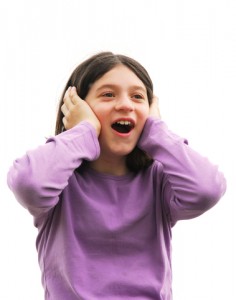 So, this tells me a couple things:

1.  I am hiding my use of such words really well. Whew!   I seriously intentionally curbed my swearing when she tried to repeat my use of  ”Sh#!” when she was 18mos old & I was trying to get her out of her body-binding carseat one day.  I still have a resentment against those infant carseats.  Instead I started saying “Fiddle Sticks!” or “Drats” and that seemed to work.

2.  My fear of her becoming an infidel from watching iCarly is likely unfounded. Another Whew. (I like iCarly myself and especially Good Luck Charlie too:).  Apparently this content isn’t causing her any major problems.

I then thought, “How does she even know that’s a really bad word?” Well, it must be that she is already learning the meaning of Context.

What’s ur kid saying these days to crack you up? (or embarrass you to death -depending on the day).  Have a perfectly imperfect day and keep on parenting!

Posted in: Christmas
Tagged in: cute, kids, school
« Happy President’s Day! vs. Aliens…..
Got your green on? »